Do the Research, Measure Results, and Brace for Frustration: Advice from Rachel Blank of Allara Health 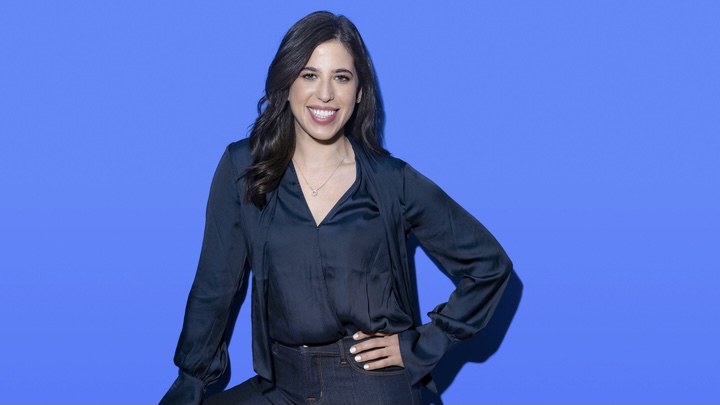 Rachel Blank, like one in ten women, has polycystic ovary syndrome—PCOS. Considering how commonplace the condition is, she couldn’t believe the main sources of information available to her were Reddit forums and Instagram influencers. So she set out to build something better, and started Allara Health in September 2020 with $2.5 million in seed funding.

The vision is a specialty platform building out a collaborative care model to treat complex chronic women’s health conditions. With a background in VC (at General Catalyst) and one of New York’s fastest-moving health startups (Ro), she brings serious insight and operational know-how to the project.

Primary’s Jason Shuman sat down with Rachel to talk about how COVID uncovered the potential for telehealth, why she measures healthcare outcomes instead of chasing the fastest possible growth, and what frustrations founders in this space need to embrace.

Walk us through your telehealth origin story. What drew you to this space?

I grew up around traditional healthcare. My dad is a gynecologist and my mom has worked for health insurance companies her whole career. So I had always viewed healthcare in this very traditional sense. Then after graduating business school, I ended up joining an early-stage telehealth startup, which at the time was Roman, now Ro, to help lead its strategy as it was expanding into new categories. It was this eye-opening moment for me to see my passions in tech and being the daughter of people in healthcare could actually be merged. And for the past few years, I have been incredibly passionate about using digital health to improve healthcare outcomes.

Fast forward to COVID. I was living at home with my dad and saw his entire gynecology practice have to go virtual overnight. They were only seeing emergency GYN patients; everyone else was doing telehealth. That was my second "Aha" moment, seeing what we had taken for granted in terms of what needs to be done in person and what could be done virtually. It was this unique opportunity to use telehealth, to actually improve more complex care needs that we hadn't previously thought of as being appropriate for telehealth.

You were in venture for a period of time and you probably saw so many other companies and other industries, you had the pick of the litter. Did you ever consider going into a different vertical?

I was always excited about consumer tech, which is where I spent a lot of time. And, really it wasn't until 2017 that we started seeing the rise of direct to consumer in healthcare, and really rethinking how we could combine consumer and healthcare. And frankly, once I started working in healthcare, I just could never imagine myself doing anything else. There are few markets that are this big, this complicated, have this many issues, and also can impact so many people's lives.

You were at Ro, a company that works super hard, super fast. Now you have your own company. How do you think about the rate of growth, how to scale, and how to prioritize functional area growth and retention? What's your point of view there?

First of all, I think it depends a little bit on the context of what your company is building. So we're starting direct to consumer, but my long-term vision is really around insurer and employer reimbursements and making sure that we're able to track and improve healthcare outcomes over time. A lot of the women we're treating have really expensive and dangerous comorbidities whether that's type two diabetes, high cholesterol, anxiety, depression. And so for us, it's really about how do we build a brand new clinical care model that also works. So my goal for the first year is actually not to have the most patients possible. It's really to make sure that our patients have the best experience and the best outcomes, which gives me a little bit of a different lens on the business side.

In terms of people and hiring, I think the most important decisions you have to make as a founder at the beginning are who you hire, especially when it's less than 10 people, each person has such a big impact. And I can confidently say each of the people I've hired for each role so far are the most incredible people, have added exponential value to the company. But I was really thoughtful about all of those hires. I spent months on a lot of them and was really picky about who I wanted. I think the most important thing, as you're thinking about growth, is really making sure you're not compromising on who you're hiring, especially at the beginning, because they have such a massive impact.

What other advice do you have for fellow healthcare founders?

It's going to be frustrating. So if you are coming from a traditional ecommerce world, for example, it's very different. If you want to expand into a new state, that's a whole set of regulations and issues. If you want to do marketing on Facebook, you have to be careful about what you're saying and how you're saying it. So, I would say be prepared that it can be a bit more frustrating than some other areas, and also move slower because of that. But, there's a reason for all of that. And that's because at the end of the day, people's lives are at stake and we want to make sure that we're doing everything safely.

Along with that, at the end of the day, don't forget that it's people behind all these numbers and people's lives that you're impacting. To me, that’s much more important than any of the metrics. I'd also say make friends with other people in the industry. Like I have found other founders dealing with the same problems, for example when I was going through this whole big debate about whether to build an EMR or buy an EMR, I was very lucky that multiple people at other telehealth startups who had made that decision already were willing to talk with me.

Healthcare is really hard and there are so many nuances. How did you think about prioritizing your time as a solo founder?

For me it was very much about what takes the longest and what needs to get done first. I had the experience that regulatory questions take a really long time. One of the very first things I did was I hired a legal team and started on the regulatory process of getting set up just because that was really high priority and also takes a really long lead time.

Also, for me, it was crucial to spend a lot of time really understanding the problem—interviewing women with PCOS, really researching the condition, researching the problem because, yes, I had seen it personally as a patient with PCOS, but I'm just one person and it was really important to me that our solution was actually solving a problem in the market. Sometimes it can be easy to say, "All right, I think I have the solution," and run on it. But doing all those early interviews at the beginning was so immensely valuable in terms of thinking about, are we building the right solution for the right problem? And do we understand the problem enough to know what we need to build? So I would say before you're getting to the building stage, spend a lot of time researching and ensuring you’re building effectively.