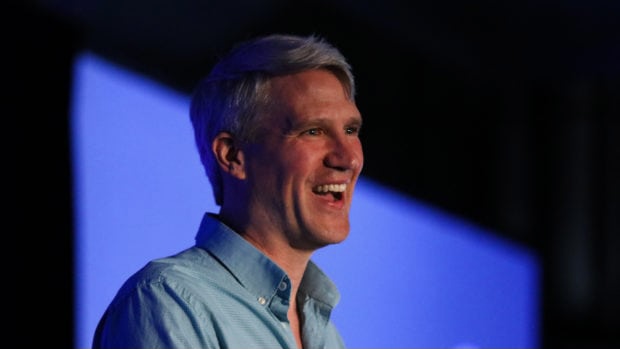 Dane Atkinson has been a CEO for as long as most people his age have had a job. He’s been the teen CEO of a digital ad agency featured in the very first issue of WIRED, the CEO of Squarespace, and most recently Founder and CEO of Odeko, a mobile ordering and AI supply chain management system that helps independent coffee shops operate just like the big chains.

Dane was, of course, not always as seasoned as he is now. ”Literally, there is not a mistake I haven't found,” he says. “If there's a pothole on the ground, I've hit it. I have had the great luck of making people fortunes, and losing them along the way, and still people continue to bet on me like a slot machine in Vegas.”

Throughout his journey, he’s almost always created products intended to help small businesses; over time he’s watched the software infrastructure supporting them become more and more invisible—a trend he’s excited about. In this Q&A, he explains why founders shouldn’t get caught up in checking all the boxes, how he approaches raising money, and why New York is the best place to build software companies.

How did Odeko come to be? Why is this exciting to you?

Odeko came out of my last company, SumAll, which was designed around giving small businesses their data back. We felt that the world was creating a divide between enterprise and small business data. We didn’t want that.

We had a lot of data coming in from brick-and-mortar quick service restaurants. Square was an early partner, and it had a huge amount of penetration in that space. I've also owned restaurants and a coffee shop for a number of years. We started to build a predictive system around the data we could see in the register, married it with a lot of the other data we had from the previous company, and came up with a way to see a week out with Oracle-like focus, which was kind of amazing.

We met with a bunch of customers. They told us that everything hurts, which was super depressing because they had no technology. We picked the biggest hunk, which was their inventory—they spend 35% of their total revenue on supplies—as a place to put that intelligence. Two years and two months ago, we launched with an AI. It's a very complex machine learning tool, but it's considered AI. And off it went to the races.

This has definitely been the most meaningful of all those companies I've had the luck to be part of. We now do much more than just that, but the need in that category to be supported by well-meaning partners was pretty overpowering. We're just finding our way to help one problem after another.

What advice would you give to someone looking to start a company?

One thing I run into with entrepreneurs all the time is that they try to come up with a perfect business. They try and check all the boxes before they'll take the leap and become an entrepreneur. My advice to them is that there's no faster learning curve than just being an entrepreneur. You will feel the waves underneath your boat more than any other thing you can do, and you may not get it right the first time you sail, but the next time you take a boat out, it will probably do a lot better, and you should just do it. The other thing is there is no perfect idea. Nothing I've ever worked on has ended up the way it started.

So, if you find a group of people you want to help, and you think you've got something that might be meaningful, and you don't get fixated on it, you can define the right path. Lower the bar for what you think you need to start. Know that the starting won't be easy, but you'll be gaining huge knowledge and learning. Then if you like it, you'll be able to do it again and be more likely to be successful. And if you don't like it, when you go back to the big companies, they tend to appreciate the risk you're willing to take, and you end up getting a better career out of it either way. So, it's not a whole lot of downside.

Going through seed rounds, for both Squarespace and Odeko, what are some things you've learned or you think investors want to see?

There's a lot to that game. For seed rounds, an experienced investor wants a founder who is looking to make a difference in the space, and they usually want a space that needs help—in less fun terms, total addressable market—TAM. They want a big market with someone who really wants to make a difference, and they love it when you have a good starting idea, but it's not actually the most important factor for your seed round.

So when you see decks that just talk about an idea—they're missing half. What founders should really talk about is how they got there, why they are going to spend every night fighting this cause, and then how big that cause could be. That's usually a much more successful formula for getting someone at the earliest stages to bet on you. There are a lot of other symptoms, too, and in order to make a good company, you've got to be aware of your team and your culture. You have to show that you're attentive to your product. The more you show those signs of what will actually make for a better company, usually investors can sniff test that out pretty fast.

The unfortunate part is that there's really very little—clearly you're trying to help that right now with this interview—but there's not a lot of literature on how to build a great deck and company and get those first fundings. In software in particular, I think it's just showing how you expect to make that delta difference and how you're coming to your own internal realizations that this is something that will work. Traction's always great if you're able to stumble into it, but again, people get hung up on the wrong things. They get stuck on thinking you need 10,000 users on your platform or three enterprise customers before someone would invest. Usually that’s not the truth. If the other things are there, it would be great to have metrics behind you, but it really is more about, for seed in particular, that drive.

What type of characteristics do you look for in early hires?

There's definitely different stages of a company, and in the early earliest time, it's a modeling off that same dynamic. You want someone who has passion for a space, who will put the energy through to figure out the right way. Agility is a very high criteria. Creative thinking is important.

In particular for software companies, you want someone really addicted to your long-term success. Great engineers hire great engineers; crappy engineers can't hire great engineers. It just never works. You're going to be using equity as your big tool. You've got to get as high up on that chain as you can, from a talent standpoint.

If you're not an engineer, it's even harder. Definitely helps if you have that background, but if you don't, then you need to at minimum get people who are in that space to help you vett choices. It's like trying to hire a doctor to do a surgery, but you don't know anything about medicine.

What’s the future of Odeko?

I think there should be a way to help small businesses succeed. I think the food system can be completely re-engineered and the employment of literally tens of millions people on the planet can be improved. If we can make that world smile, it'll make all their customers smile, and make the planet slightly better. I've gone through this cycle enough that we shoot for the fences every time. We want to make a platform that changes the earth.

The startups are the engine, small business is culture. It really is the expression of culture in society. It needs cultivation, support, and love.

Are there any trends that you’re thinking about in particular or recommend people watch?

I think software is getting to a point where it should become invisible. There's this historical drive to make software present. I was fortunate enough to be part of the drive to make software beautiful. I think software should really disappear, and the outcomes that it's designed to create should just happen. So, I'm a big believer in utilitarian electric light switches, right? We don't need the power cables running outside of the wall anymore—we just want to walk in a room and the lights work. The customers want to walk into a coffee shop and have the right pastries there and the right happy people there. They don't want to know the nightmare instituted on the back end.

Why has New York been the place to build your businesses?

New York City has particular powers for a lifetime founder. It's also gotten away from some of its past shortcomings. A major shortcoming used to be that there wasn't a lot of community; that's much better now. There are CEO groups, there are VCs, like Primary, that have density. Leveraging those is really important. It's a very lonely job with a lot of expertise, so seeking out those structures is really very helpful.

The other incredible power New York has, is unlike the West Coast and a lot of markets, it has a true microcosm of every industry in its fully-functional state. So when you're building technology, it's a fantastic environment to take existing systems and greatly improve them—because here you can actually build a fashion product or a finance product or an advertising product. There's actually really valuable industry right here, which should certainly not be missed. We've also had a lot of luck in attracting talent. Work the powers. New York should be the top of this ecosystem. It still baffles my mind that we aren't, but we're certainly crawling our way back up.

I mean, technical skill has done a lot of amazing things for humanity. It's just, I think we're in a chapter now where it's less about getting a billion users, and doing something with them. It's more about making the world better in whatever place you're touching.