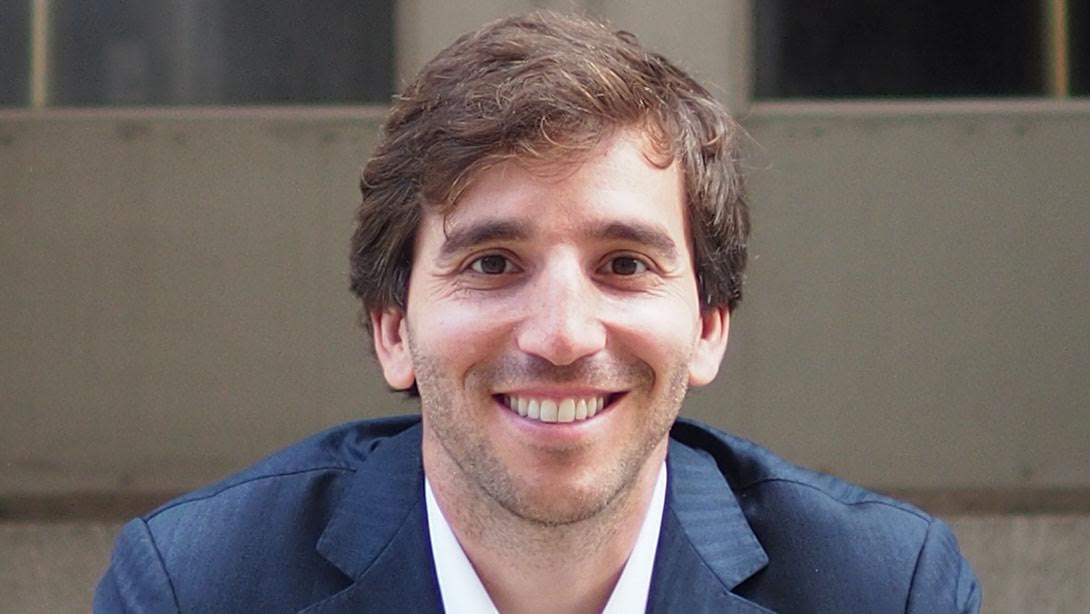 Jonathan Wasserstrum, a proptech founder and active angel investor in the space, has always been intrigued about how cities morph and grow. “There's something really cool about being able to touch, see, and feel the asset that you're financing or helping finance,” he says.

After advising foreign and domestic clients in the Capital Markets group at JLL, Jonathan moved to New York to pursue an MBA at Columbia University, where he came across a problem: finding office space in the city. As the CEO and cofounder of SquareFoot, a tech-enabled real estate brokerage for office space, the company brings transparency and technology to the industry of commercial real estate, which historically had neither. With its 2019 Series B, SquareFoot is backed by some of the top VCs—including Primary and RRE as well as many real estate executives. He has now raised more than $25 million and solves clients office space needs across 40 markets in the U.S. and Canada.

In this Q&A, Jonathan discusses the “Sunday dilemma” of a startup founder and the hidden beauty of real estate, along with the necessity of investor-company fit.

What advice would you give to any startup founder?

When it comes to startups, you have to enjoy the ride—and it's a very bumpy ride—but know what you're signing up for. I was talking to a founder early on their journey and said, "Look, sometime during the next week, the absolute worst thing is going to happen. Also, sometime during the next week, the absolute best thing is going to happen." As I sit here on a Sunday night, I can take a guess what the best or the worst thing may be, but I won't actually know. I won't know the magnitude, and I won't know when it's going to happen, but that's how you go to bed every Sunday night. If you're not going to bed Sunday night recognizing that Monday through Friday is going to look like that, it gets very uncomfortable.

It's a lot of expectation setting, which I, by the way, had no idea going into the business. Mistakes are normal, and something is always going wrong, whether founders choose to admit it or not.

One of the most important things I think a CEO can do is find a group of trusted CEOs that they can commiserate with. It can be a really lonely and isolating job, so you should have a support network around you of people going down that same path.

What's a key piece of early advice you'd give a new real estate founder on day one?

The industry does not move quickly. The real estate industry, especially commercial real estate, moves a lot slower than a lot of other industries. Patience and fortitude are the orders of the day, everyday.

To be successful in the business, you need to be personable and friendly. It helps if you're adroit with math and finance, because at the end of the day, each individual building is like a company, an asset. It helps to understand how that all works from a math perspective.

What brought you to real estate?

I did consulting for a couple of years out of college and was planning on going back to business school. I was 24 at the time and was always drawn to real estate because it brings together a few aspects of cities, like how they grow, live, and morph at every basic level. There's something really cool about being able to touch, see, and feel the asset that you're financing or helping finance. At the end of day, that building is part of a broader ecosystem in a city that actually impacts the world that we all live in.

What's one thing you learned as you did your first few seed round pitches?

What I would tell anybody going through a financing process is to get ready to hear a whole bunch of “nos” and know that that's perfectly good and acceptable. A lot of people think a lot about product-market fit, which is important. What people spend less time talking about is investor-company fit. When an investor says no to you, that's probably not necessarily a bad thing.

Don't be upset by a no, because a lot of the nos are just like, "This isn't right for us," because of your stage, industry, business model, or any number of other things. Don't take those nos personally, although you will want to take them personally. It could be personal too, but assume that it's not, and you'll eventually find the right partner.

So what tools, resources and communities should real estate members know about the space?

CRETech, run by Michael Beckerman, is really good. I'm biased, but I have a PropTech fund that invests and has invested in a ton of companies. The companies that we have invested in create a very good community and a bunch of them work together.

The reason I got into the investing side is because I’ve found it's a very friendly industry if you want it to be. There are a relatively small number of people who are PropTech founders, especially relative to the size of the industry. If I think back to the first CRETech event seven years ago, there were like 12 of us in a vacant office space in San Francisco. That event is now at big venues , and a couple of years ago it was at Terminal Five, where I go to concerts in New York City. Everybody is super friendly and very receptive to help out. I think it's really important to reach out to people, and to build your own community within the broader confines.